COME AND CELEBRATE WITH US – MAY 17
Norway’s most important national holiday – May 17 (Constitution Day) – is celebrated here in Portland in a community-wide event which has been sponsored by Grieg Lodge Sons of Norway for generations at Portland’s Historic Norse Hall on May 17.
When May 17 falls on weekdays, doors open at 4pm and the parade starts at 6pm.
When May 17 falls on a weekend, doors open at 1pm and the parade is at 3pm.

Program & Children’s Activities (after parade)
After the parade join us in the Ballroom for the program. Program includes presentation of the colors; proclamations from Larry Bruun, Honorary Norwegian Consul; Speakers; a choral performance from the Scandinavian Mixed Chorus and Grieg Lodge’s Leikarringen will dance.

Join us immediately after the program for a Scandinavian dance in the upstairs of Norse Hall. Crowd favorite, Fossegrimmen, will be performing and everyone is invited to dance. No Scandinavian dance experience needed; dances are fun and easy to follow. Or just stay and enjoy the music!

EVERYONE MOST WELCOME!! – Alle er hjertelig Velkommen!! Click here for the flier.

At the beginning of 1814, Norway was a separate kingdom united with Denmark under King Frederik VI. Because he was involved in war on the side of Napoleon, the Allied Nations forced Frederik to cede Norway to Sweden by the Treaty of Kiel, January 14, 1814. Led by Crown Prince Christian Frederik, the Norwegians refused to be handed over to Sweden and her Crown Prince, Carl Johan. Declaring to be in independent country, a Constituent Assembly met at Eidsvoll from April10 until it completed a constitution signed on the 17th of May. Christian Frederik was elected king. Failing to get support from Britain, Norway engaged Sweden in a brief, but futile war, which ended on August 14, with the Convention of Moss.

Allowed to retain her Constitution, with some modifications, Norway joined Sweden in a personal union until 1905 when she became a fully independent nation with her own king, Haakon VII. His son, Olav V, reigned until January 1991, when the third monarch of modern Norway, King Harald V, ascended to the throne of a free and independent country.

When Norwegians emigrated, they brought with them their love for the Constitution and the traditions of May 17. Celebrated around the world, the day marks a commemoration of independence, freedom and the second oldest written constitution in the world. 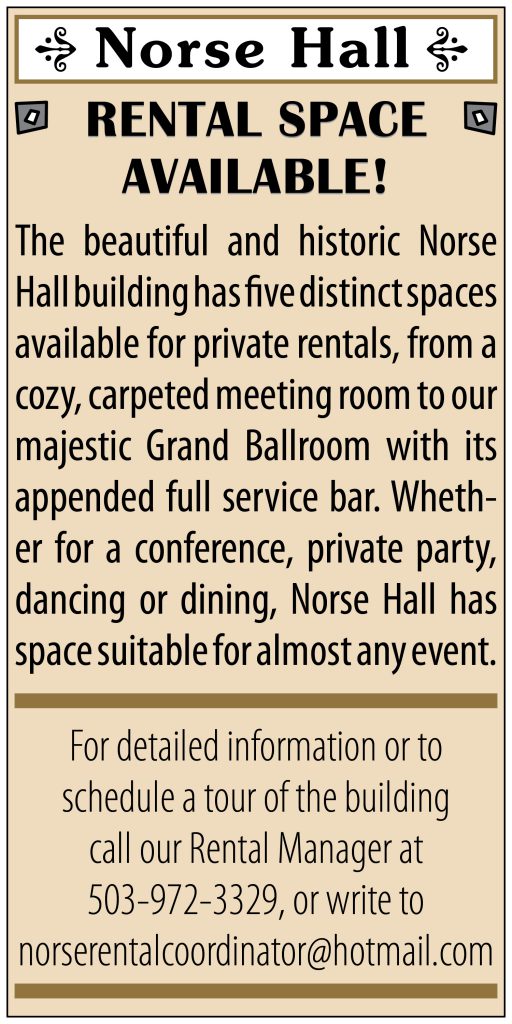 Check our Calendar for up to date information

December 3, 2022
CHRISTMAS PARTY
From 1 to 4 pm
See our Events page for more details

NO PANCAKE BREAKFASTS UNTIL JANUARY
Viking Pancake Breakfast. All you can eat pancakes, plus eggs, sausages, fruit, coffee, tea, and hot chocolate (for the kiddos).